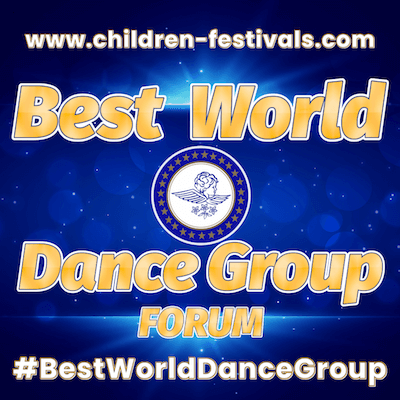 The first qualifying round of BWDG

07.01.2020   children-festivals   Comments Off on The first qualifying round of BWDG

The first qualifying round of the Best World Dance Group Forum 2020 championship showed that the level of Czech choreography is very dynamic. Many new interesting findings, rapidly developing performance techniques and growing skill, give hope for good competition in international semi-finals and finals.

Especially important, noted the chairman of the jury, Miroslava Peshikova, is the right choice of material and choreographic vocabulary in each age category.

The jury member, choreographer, dancer Shimon Kuban, was glad that all the children and youth presented good preparation for the Best World Dance Group Forum 2020 qualification, and did a great job during the master class that took place after the competition. Some of the numbers during the contest were awarded the highest awards and can safely claim the leadership of the international stage.

There is time to refine the technique and acting, and the choreographers of the championship participants can always turn to the jury for advice.

The jury member Kvasica is not a permanent member of the refereeing team. But she also rejoiced at the progress in the street dance nomination.

The organizers tried to create a festive New Year atmosphere at the championship. On the monitor of the championship were presented videos with the performance of the winners of international festivals: “Sympathies of Europarks” at Disneyland and the cruise festival “World of Youth”. At the end of the championship, all participants saw the won places and the number of points received, and a festive rewarding began with fanfare, medals and small New Year’s gifts.

It became clear that the festival of sports and dance of the Best World Dance Group Forum 2020 has begun. Good luck to the most prestigious scenes and the most interesting creative discoveries!

A detailed table of the results with the ratings of each jury member can be opened by the championship participant after receiving the code. Please request your personal code.

You are welcome at the next stages of the championship:

All photos
All videos
Copy Protected by Chetan's WP-Copyprotect.
We use cookies to best represent our site. If you continue to use the site, we will assume that it suits you.OkTerms of use